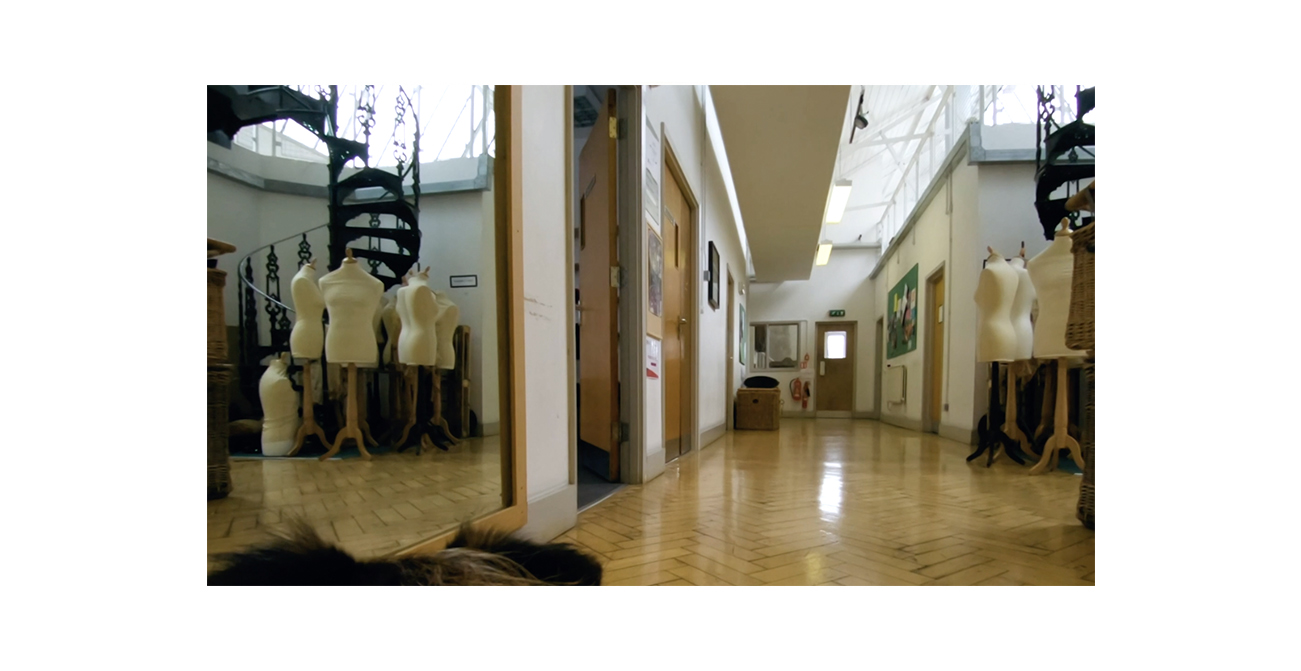 Alongside his work at UWE, Associate Lecturer Paul Hurley has been undertaking an artist’s residency at the University of Bristol’s Temple Quarter. Taking walks around the city with a range of collaborators (humans, dogs, a cat, plants, birds, Siri, the weather), Paul sought to tease out some of the tangled threads connecting human and nonhuman worlds around a new university campus in the city.

With human collaborator, film maker Paul Samuel White, Paul used a dog-mounted camera to document institutional and marginal geographies of the city, and created a soundtrack of conversational dérives. These came together in a new multiscreen installation that worked with disruptive serendipity to reflect the layers of conversation and experience accumulated in articulating the worlds of the Temple Quarter. Resisting nostalgic or corporatised narratives about urban development, it instead opens up a space in which to consider the interconnected and interspecies territories in which we exist.

The full work was exhibited at SPACE Gallery, Old Market Bristol in September 2019. An audio-only version of the work can be downloaded from Paul’s website here, and a single screen video will be coming soon.