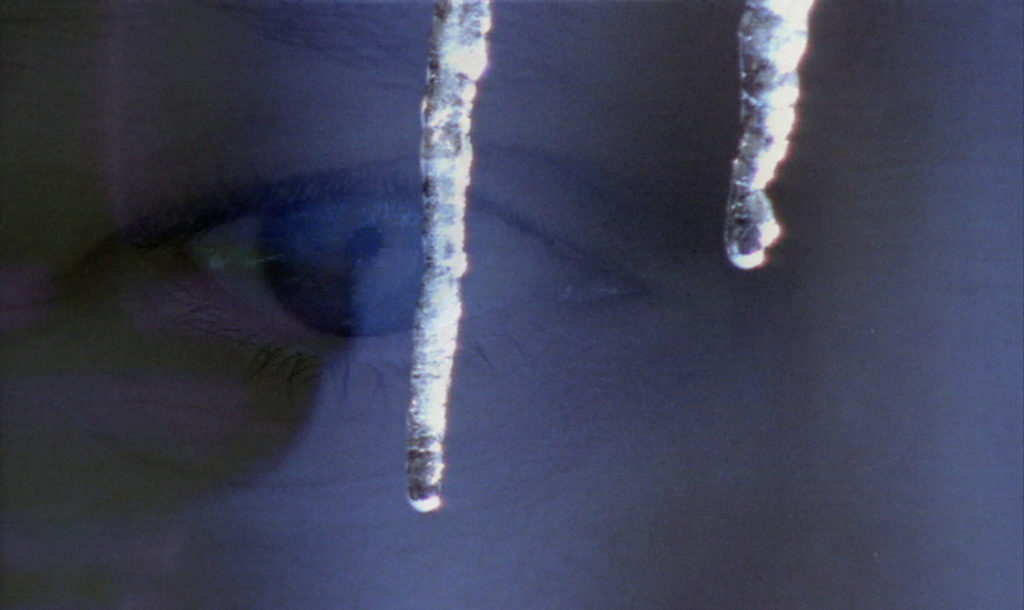 On Wednesday 17th February, UWE students from Art and Design, Film and Journalism and Health and Applied Sciences, were invited to join the VCRG’s ‘Watch Wednesdays’ film discussion group for a conversation with artist-filmmaker Helen Petts on her short film ‘Poleaxed’. ‘Poleaxed’ is currently screening as part of Arnolfini’s artist film programme A Picture of Health|Look at this Skin… It Keeps Changing, alongside films by Anna Fox, Vicky Smith and Many Minds and Verity Standen. To access Arnolfini’s artist film programme click here.

‘A meditation on stillness and perception made during a long illness. A woman sits by the fountain in her local park.  As the seasons change, she sees her life and the world around her clearly for the first time.’

“A filmic essay on the restorative power of enforced solitude and stillness. Poleaxed describes the awakening of hope and clarity in a sometimes abstract flow of image and sound. Connecting with the internal landscapes of the central figure – a woman living with chronic fatigue – with an outer world of shifting colour, distant voices and nature’s transformation. Poleaxed suggests that the act of simply ‘being’ in a society where compulsive ‘doing’ is the norm can, of itself, be a struggle.” (Nik Houghton).

Helen Petts is an artist film-maker who explores rhythm, texture, sound and chance events, both in the landscape and in her long standing relationship with free improvisation musicians. A former television director, a road accident and subsequent disability resulted in her studying Fine Art at Goldsmith’s College. She is now regularly commissioned to make her artist films by galleries and festivals in the UK and abroad. To access Helen Pett’s website click here.